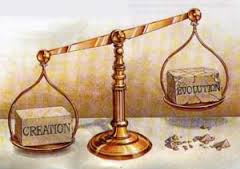 What is Evidence for the Hope?

We reveal evidence from archaeology, science, and ancient records which bear proof for the people, places, and events mentioned in the Bible. The bringing together of this evidence has taken countless thousands of hours of research. Our purpose is to counter those professors and other biblical antagonists who have taught, and are still teaching, students and others that “Nothing is provable in the Bible”.  This is simply not true. There have been nearly 7,000 discoveries in archaeology and ancient records alone bearing proof for that which is written in the Bible, even for a couple miracles of Jesus. Science has inadvertently discovered nearly double that number of proofs for our Bible being correct. Our hope is to counter the denominational statistics which are now showing the church is losing 80% of all the youth raised in a church when they enter colleges and universities. This is due to anti-biblical rhetoric based on their worldview more than on evidence. This 80% loss is simply due to a lack of knowledge of what has been discovered in the last 150 years. We endeavor to show those discoveries. Hosea 4:6 says it best, “My people are destroyed for lack of knowledge”. However, Proverbs 11:9 tells us the remedy; “With knowledge the righteous shall be saved”. Knowledge gained through evidence for the Bible can change those denominational statistics.